Have you heard of the accidental cannabinoid that was recently discovered and is now taking its reign over the cannabinoid game?

The most popular and beloved cannabinoid, Delta-9, and its highly prized counterpart Delta-8 have been dominating the industry over the last year. Delta-8, is well-known for it’s more mild psychoactive effects compared to Delta-9, and has been a total game changer for both consumers and companies.

Delta 10, a newly identified cannabinoid discovered by accident has both researchers and consumers eager to learn more.

Since Delta-10 is not a naturally occurring cannabinoid, it is extremely important to purchase products that have reputable third-party laboratory testing analysis. Accredited laboratories produce Delta-10 using safe techniques that can be verified through a certificate of analysis.

Delta-10 has also been occasionally mistaken for Delta 3 which makes lab testing even more critical to be able to determine that a product actually carries Delta-10. Without a proper COA, there is a possibility that a manufacturer may be using harmful substances to re-create a similar chemical reaction.

Can Delta-10 get you high?
Delta 10 does contain psychotropic properties that are similar to Delta-9 and can therefore make you high. However, the effects have been compared to that of Delta-8 rather than Delta-9. Meaning, the effects of Delta-10 tend to be slightly less potent than Delta-9. It has been mentioned that Delta-10’s effects tend to be more energizing compared to Delta-8’s more sedative effects.

The benefits of Delta-10 are still being researched, however, there is potential that the cannabinoid can offer more relief options to those who may want something stronger than CBD but not quite as powerful and psychoactive as Delta-9.

Justin Cooke from dailyCBD.com created this useful  graphic that compares the effects of Delta-8, Delta-9, and Delta-10 from user experiences:

Is Delta-10 legal?
Delta-10 is legal as long it is derived from hemp extract. This is because of the 2018 Farm Bill. Since Delta-10 is federally legal and legal in most states but not legal in all states, we strongly recommend researching your state’s legislature for the most up to date regulation rulings.

Why is Delta-10 more expensive than Delta-8?

Since Delta-10 is still new to the industry, mass production abilities remain low due to only certain labs having proper equipment and safe procedures to produce safe and effective Delta-10.

The story behind the mystery cannabinoid:
The accidental composition of Delta-10 is alleged to happen at Fusion Farms, a cannabis company located in california.

The company had purchased a batch of outdoor grown cannabis biomass to use for creating a line of extract products. The batch was actually grown while the 2020 wildfires were raging throughout prominent areas of California farm land used for growing outdoor crops including cannabis. Fire retardants were being dropped over largely engulfed areas and strong winds disbursed the substance to surrounding areas.

Unaware that the batch purchased was contaminated, Fusion began extracting the materials and attempting to distill it to rid of any potentially unsafe components. During the process, they began to find unusual crystals forming in the distillate. The processing team determined that the crystals were not THCa or other familiar cannabinoid structures.

Through a process known as recrystallization (a procedure for purifying an impure compound in a solvent)  the team attempted to  identify the unknown crystals. Using their own HPLC (High Performance Liquid Chromatography) the team found a peak that was very similar to cannabichromene (CBC) another cannabinoid, however, it was not an identical match. The company decided to team up with a licensed testing facility with advanced testing capabilities to conclusively determine what the crystals consisted of.

After several months of various analytical testing, a batch of the crystals were sent to a speciality lab that conducts NMR testing (nuclear magnetic resonance). Josh Jones, Ph.D., an organic chemist and founder of Jonesing Labs LLC. as well as a consultant for Fusion suggested the specific testing. He stated in an article written by Jason S. Lupoi, Ph.D, “If you have a purified substance, NMR allows you to ‘see’ the structure of a molecule.” The results from spectral data indicated Δ10-THC.

Before NMR testing, others who had found the unfamiliar component on certificates of analysis attributed it to being CBC. Based on the data at hand, Fusion believed that the fire retardant contamination was somehow attributed to the production of the Delta-10.

A major difference between Delta-8 and Delta 10 is that Delta-10 has not been discovered in cannabis. It is possible to produce both cannabinoids through an artificial creation process.

As far as creation goes for Delta-10, according to Josh Jones, “Another substance must be involved in the chemical reaction to push the cannabinoid’s double-bond into the D10 position during distillation… Harsh chemicals can be used to produce delta-10 THC.” Jones is currently working on patenting a food-grade operating method to safely and successfully isomerize cannabinoids into D10.”

We are currently in the process of researching and developing high quality Delta-10 products and will be releasing a line of edibles, cartridges, disposables, and distillate! Stay tuned for more information.

In the meantime, checkout our current line of Delta-8 products! 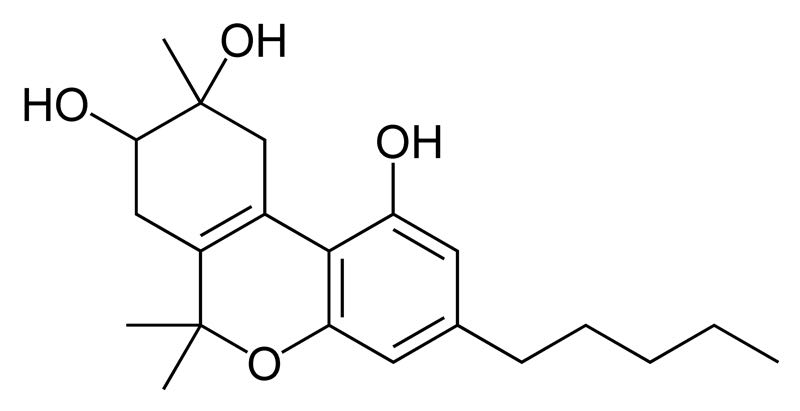 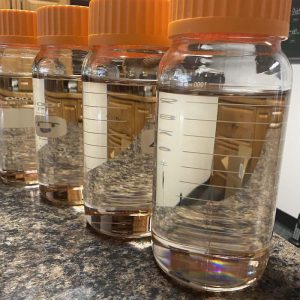