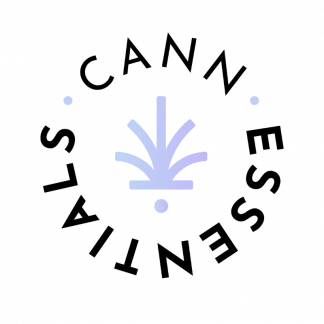 The United States’ cannabis legalization news & laws are confusing, to say the least.

Currently, hemp products (including hemp-derived CBD) are legal federally. Marijuana legislation varies wildly throughout the country with recreational and medical legalization in just 11 states and the District of Columbia. Federal law, on the other hand, still classifies cannabis as a criminal substance.

States also have a range of related laws that include medical legislation & restrictions, decriminalization, dispensary laws… amongst others. Needless to say that the status of cannabis and cannabis products (including both marijuana and hemp) in the United States is a bit muddled and confusing.

This could all change with a new piece of cannabis legalization news: the MORE act. Let’s look at what the MORE Act is, More Act Progress, and what this could mean for cannabis and CBD industries as a whole.

What Is MORE Act?

The Marijuana Opportunity, Reinvestment, and Expungement Act, better known as the MORE Act, was introduced in August of 2019. If the act is made into law, this would decriminalize marijuana on the federal level, removing marijuana from the Controlled Substances Act.

This would allow states to be more in control of how they handle cannabis-related laws & policies without interference or input from the federal government.

The MORE Act would also expunge the convictions of marijuana-related charges for those currently imprisoned or who were once imprisoned. Finally, the act would also implement a 5 percent federal cannabis sales tax.

What Does It Mean?

The MORE Act represents years of work and lobbying efforts working towards the legalization of marijuana. While the act won’t legalize, federal decriminalization will work to benefit almost all aspects of the industry.

Removing this legal grey area for all states in the US will make it easier for more cannabis-based companies to gain access to:

Increased use and widespread legalization of cannabis & cannabis products would make it much easier for CBD products to enter the market.

Marijuana-derived CBD would also become an option. Reduced stigma and wider accessibility & acceptance would bring a wider consumer base to the industry as well. the business landscape, allowing more safe and secure businesses to arise, moving away from street sales, cash-only businesses vulnerable to theft, etc.

This act would also be imperative for removing the stigma surrounding cannabis and cannabis products, especially for those who are currently in prison on cannabis-related charges.

The MORE Act would expunge the records and potentially release those serving marijuana-related sentences, which would also work to target the systemic racism often discussed in relation to the marijuana & cannabis industries.

For example, a study from the ACLU showed that people of color are significantly more likely to be arrested & charged with marijuana-related charges compared to white people.

The planned cannabis commercial sales tax would be used to support communities targeted by this bias and impacted the most by marijuana criminalization. Maritza Perez, the director of the Drug Policy Alliance, saying that the bill would:

“begin to repair some of the harms caused by the war on drugs in communities of color and low-income communities.”

When Is It Being Voted On?

The MORE Act was to be voted on in the House of Representatives in mid-September of 2020. However, the vote was delayed until likely after the election in late 2020.

The delay in the vote was attributed to the need to work on bills related to COVID-19 and preventing a government shutdown.

Many proponents of the act expressed outrage that of all the bills heard by the House, “the one racial justice bill is the one that is being singled out for postponement.”

While the act itself existing is a great step forward, whether it will pass is another story.

Rep. Jerry Nadler (D-NY), one of the act’s sponsors, believes that it would definitely pass in the House.

However, most agree that MORE Act progress could stall in the Senate.

The Senate is currently Republican-controlled. It could be hard for a bill overwhelmingly supported by Democrats to pass. Of the 84 co-sponsors in the House, 83 are Democrats and only one is a Republican.

Thus, the delay in the vote could be a blessing in disguise for the act. While it still needs to pass in the House, the Senate could flip to the Democrats after the 2020 election. This could make it much easier for the act to pass there as well.

Check Back for Updates Progress on the MORE Act

We will be following the MORE Act progress through the House and beyond in the coming months. Cannessentials is invested in providing you with the most up to date cannabis legalization news, CBD information, educational materials, and more.